Hormonal Shifts in Obese Men May Harm Heart
Posted on May 1, 2013 by David Alexander 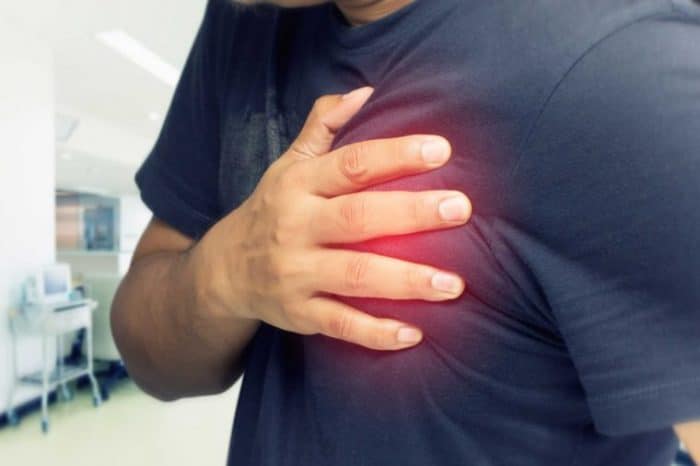 The changes in sex hormones that typically accompany obesity may be responsible for certain effects on the heart including alterations in the left chamber, researchers found.

In a small study, artificially increasing estradiol and diminishing testosterone levels in healthy young men led to a significant increase in global circumferential strain, Maarten De Smet, a master’s candidate in medicine at Ghent University in Belgium, and colleagues reported at the European Congress of Endocrinology in Copenhagen.

“By giving an aromatase inhibitor and estrogen to healthy men, we mimicked the effect of sex hormones in obesity alone, in isolation from the rest of the obese metabolic state,” De Smet said in a statement. “We found that after increasing the estrogen levels and decreasing the testosterone levels in men for 1 week, the deformation of the left heart chamber was significantly altered.”

Obesity in men is associated with an increased levels of estradiol and decreased testosterone. These sex hormones are known to be associated with cardiovascular disease, but their direct effects on cardiac structure and function have not been assessed.

To assess whether obesity alters heart function via changes in sex hormones, De Smet and colleagues randomized 20 healthy men, ages 20 to 40, to one of two groups.

One group was given only the aromatase inhibitor letrozole (Femara) in order to raise testosterone levels and lower estrogen levels. De Smet noted that aromatase converts testosterone to estradiol, thus inhibiting it would preserve testosterone and prevent its conversion to estrogen.

The other group received both letrozole and an estrogen patch (Dermestril) to raise estradiol and lower testosterone, which would artificially mimic sex hormone concentrations in obesity.

All of the men had echocardiography before the intervention and 7 days later in order to assess the deformation of the heart between resting and contracted states.

At baseline, both total and free estradiol levels were positively associated with ejection fraction in all patients (P=0.002 and P=0.007, respectively).

De Smet and colleagues found that men with obesity-related changes in sex hormones had altered heart function, with global circumferential strain decreasing significantly from -17.1% to -14% after 1 week compared with baseline (P=0.01).

On the other hand, there were no significant changes in heart function in men who were only given the aromatase inhibitor.

De Smet said the findings justify larger studies of longer duration in order to more closely determine the impact that changed sex hormones in obese men have on heart function.

“Because the contributing factors to obesity, as well as the underlying biology, are so complicated, it’s a real challenge to tease apart one single aspect, so we think this study is of particular interest,” De Smet said in the statement. “As these results are from a small number of healthy men over 1 week, we hope to investigate sex hormone changes and the heart in the obese in the long term.”