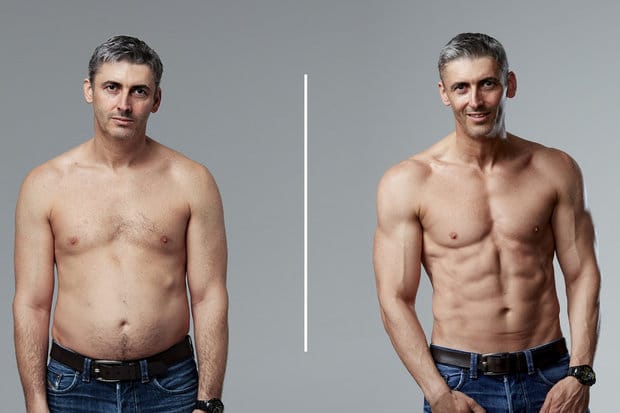 The study consisted of 891 middle-aged prediabetic men aged around 54 years. This research group did not include men who were taking medications that could interfere with testosterone levels or had been diagnosed with hypogonadism , a condition when the sex glands produce little or no hormones.

The men were randomly assigned to three treatments groups:

The lifestyle modification group was instructed to exercise for 150 minutes a week and eat less fat and fewer calories.

In the lifestyle modification group it was found that the prevalence of low testosterone levels decreased from about 20 percent to 11 percent after one year, a 46 percent decrease. The men in the group lost an average of about 17 pounds (7.8 kilograms) over the one-year study.

Low testosterone levels were still present in the metformin group (24.8 versus 23.8 percent) and the group who took the placebo.(25.6 versus 24.6 percent).

A too familar source of pain, through much of my life Salter scales.

The results showed that the increase in testosterone levels in the lifestyle group correlated with decreasing body weight and waist size.

Since previous research found that weight loss can prevent certain types of diabetes developing, Dr Hayes is quoted as saying that weight loss reduces the risk of prediabetic men developing Type 2 diabetes and it seems to help their systems produce higher levels of testosterone.

Results will be presented Monday July 2, at The Endocrine Society’s 94th Annual Meeting in Houston where latest research will be presented in a wide-range of subjects including obesity, endocrine disruptors, diabetes, growth hormones, sex steroids, and thyroid cancer.