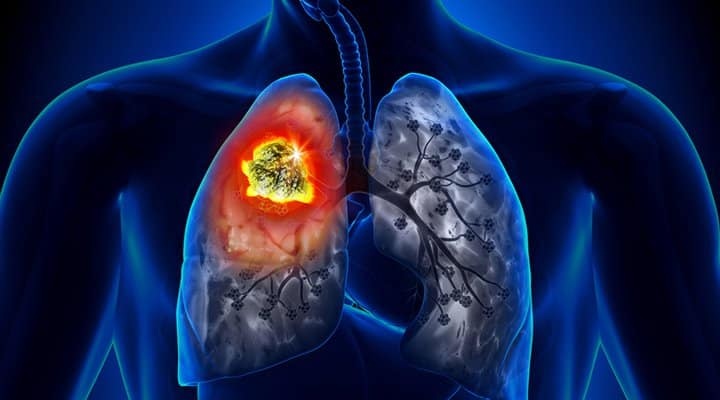 A previous study by the University of Colorado Cancer Center reported the common side effect of low testosterone in men treated with the recently approved lung cancer agent, crizotinib. A new study published this week in the journal Cancer confirms this finding in a multi-national sample, details the mechanism of reduced testosterone, and provides promising preliminary evidence that widely available hormone replacement therapies can alleviate this side effect in many patients.

“This was a wonderful collaboration between multiple centers confirming a side effect that had not been noted when the drug was initially approved by the FDA,” says Ross Camidge, MD, PhD, investigator at the CU Cancer Center, director of the thoracic oncology clinical program at University of Colorado Hospital, and the paper’s senior author.

Specifically, the study – which included researchers in the United States, Hong Kong, Italy and the UK – found that in 84 percent of men treated with crizotinib, testosterone levels were below the lower limit of normal. Importantly, this study also showed, for the first time, that approximately 80 percent of these men had symptoms associated with their low testosterone such as sexual dysfunction or depression.

Testosterone levels seemed to fall for two main reasons. First, the proteins albumin and SHBG that bind testosterone in the blood and act as a storage depot for the hormone dropped rapidly with crizotinib use. Additionally, free testosterone – the functional form of the hormone that is liberated from these proteins – was also reduced, implying that in addition to challenging the body’s ability to store testosterone, crizotinib also challenges the body’s ability to produce it. Camidge and colleagues went on to show that when low levels are found, testosterone replacement therapy may alleviate these symptoms.

“With advances in targeted therapies and in the biomarkers we can use to select who to best give these new treatments to, we’re starting to see drugs being approved more quickly and based on the results from far smaller numbers of patients than ever before. That’s great: it helps streamline the path of these drugs into clinics where they can benefit patients who desperately need them. However, it also puts the onus on clinicians who then start using these drugs in day-to-day practice to recognize either subtle or later onset side effects that may have been missed during the initial testing,” Camidge says.

For example, he says, it’s perhaps not surprising that the potential for lowered testosterone was overlooked during the lightning-fast approval process for crizotinib: “If you don’t specifically ask a man about symptoms of low testosterone, unless you know the patient very well, he may not feel comfortable bringing these issues up himself,” Camidge says.

Now with the possibility of low testosterone in mind, clinicians who prescribe crizotinib to their male patients will know to ask about these symptoms and to test their testosterone levels. “With each breakthrough we’re really trying to put people with advanced cancer back in control of their own lives,” says Camidge. “The more we can make these highly effective new treatments tolerable, the closer we are to achieving that goal.”