5 Signs You Should Have Your Testosterone Levels Checked
Posted on November 13, 2014 by David Alexander 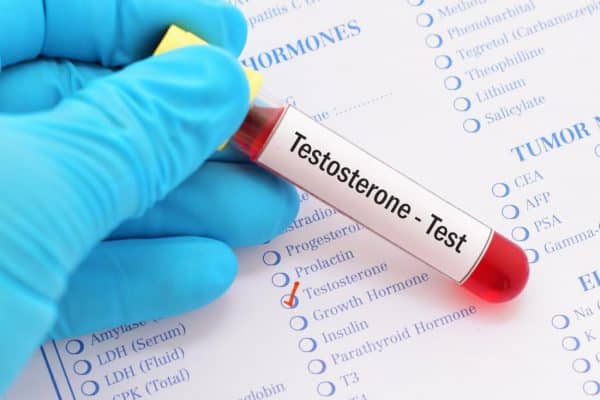 Needing to shave less frequently is one symptom that your testosterone levels may be low. But don’t rush to take extra T without getting the right tests, experts say. (Jose Luis Pelaez, Inc./Blend Images/Corbis)

Unless you have a flawless spam filter, you’ve likely received at least one email warning you about the alleged dangers of low testosterone — decreased sex drive, brain fog, and lack of motivation, to name a few — along with some miracle supplement that will surely cure all of these ills and more.

These ads have become increasingly prevalent in recent years, creating confusion among some men about the supposed risks of low testosterone and the best course of treatment.“We’re looking at a huge increase in testosterone products that are available and testosterone prescriptions that are being written by physicians,” said urologist Michael Eisenberg, MD, director of male reproductive medicine and surgery at Stanford Health Care.

The truth behind the hype: Almost all men experience an age-related decline in testosterone at the rate of about 1 percent per year beginning around age 20, Eisenberg told Yahoo Health. But some men have a condition known as hypogonadism, which is characterized by low testosterone levels and symptoms such as loss of libido.

The standard treatment for hypogonadism, testosterone therapy, is controversial. Although it does generally relieve symptoms, some studies have suggested that men prescribed testosterone are more likely to suffer heart attacks and have other cardiovascular problems. The results, however, have been far from conclusive. “Over the last five years, testosterone replacement therapy has become a multibillion dollar industry, and now there have been other health concerns raised about treating men with testosterone,” said Thomas Walsh, MD, director of the University of Washington Men’s Health Center and associate professor of urology at the University of Washington School of Medicine.

In the next few years, the results of ongoing research should clarify some of these unknowns, Walsh told Yahoo Health. In the meantime, he said, “If we’re going to be treating men with testosterone, we need to be treating the right men.”

Testosterone Tests Become More Common — But Problems Remain
Fortunately, a simple blood test is all it takes to check your T levels. But while screening rates have increased over the past several years, many men aren’t being tested correctly, according to a study recently published in the Journal of Sexual Medicine. The research team looked at health data on more than 320,000 adult men, about 10,000 of whom had undergone testosterone testing. From 2009 to 2012, the testing rate increased from 2.5 percent of men to 3.6 percent.

But less than 10 percent of men studied were screened between the hours of 7 a.m. and noon, when the results are most accurate. “I was surprised to see such a low percentage of patients getting early morning testing for serum testosterone, but given the design of this study we’re unable to definitively determine what factors are contributing to that,” study author Rena Malik, MD, from the University of Chicago Medical Center, told Yahoo Health.

Testing time matters because testosterone levels are at their highest in the morning for most men. “Labs are calibrated by when levels peak, so if we’re testing men in the afternoon, then we are diagnosing men with low testosterone who really don’t have low testosterone,” Walsh said. These daily spikes and dips become less exaggerated as men age, leading some experts to suggest that early morning isn’t as important for older men, Malik added.

Should You Have Your T Levels Tested?
It’s important to note that low testosterone levels alone are not an actual condition or diagnosis. “All men experience an age-related decline in testosterone, but that is not always associated with symptoms or signs that are seen in the clinical diagnosis of hypogonadism,” Malik said, adding that the most common symptom is low libido.

That’s one reason it’s so difficult to say whether the condition is rare or common. For example, a New England Journal of Medicine study analyzed data from about 3,400 European men ages 40 and older and found that 17 percent had low blood levels of total testosterone. But when researchers added the subjects’ symptoms into the analysis, the prevalence of hypogonadism dropped to 2 percent.

Defining low testosterone is also complicated by the natural, but often substantial, age-related decline in levels of the hormone. By age 80, about half of men have concentrations low enough to justify clinical hypogonadism. “When we talk about normal levels, there are certain age adjustments we should make,” Eisenberg said. “[Researchers are] still trying to decide if the same testosterone cutoff is really applicable to everybody.”

Here are six telltale symptoms of low testosterone. If you experience any of them, head to your doctor. “Testosterone in many circumstances is not an ultimate solution for everything that ails you,” Walsh cautioned. “It’s very important that men truly have clinical hypogonadism before they get treated.”

1. Your sex drive has tanked.
It can be difficult to know if a lack of sex drive might be a problem, or if it’s only a temporary reaction to something that’s going on in your life, such as stress at work. A rule of thumb: If you or your partner is bothered by it, speak to your doctor. Substantial research shows that as sexual drive wanes, so too does libido, Walsh said.

2. Your nighttime erections are gone.
As soon as you first notice that you have lost spontaneous erections, make an appointment with your doctor, Walsh said. This is a common symptom of hypogonadism in men, but it’s also strongly connected to cardiovascular health. So it’s a good idea to get checked out sooner rather than later in case you might have an underlying cardiovascular problem.

3. You see strange physical symptoms, such as breast enlargement or loss of body hair.
Testosterone is involved with sweat production, hair follicle development, and hair growth. It is also linked with estrogen, a hormone that plays a role in breast development. If you notice breast growth or realize you’re not shaving as frequently as you used to, you might benefit from testing.

5. You feel as if you’re going through menopause.
Very low testosterone in men can trigger menopauselike symptoms, such as hot flashes and night sweats, Eisenberg explained. “When you put these men on testosterone, they feel better right away,” he said. “It’s really gratifying that there’s really a lot we can do.”

If you have any of these symptoms, talk with your doctor about testosterone screening. You may want to ask for a test that gives you your total, bound, and free testosterone levels, which together give you a more complete picture of what’s going on.